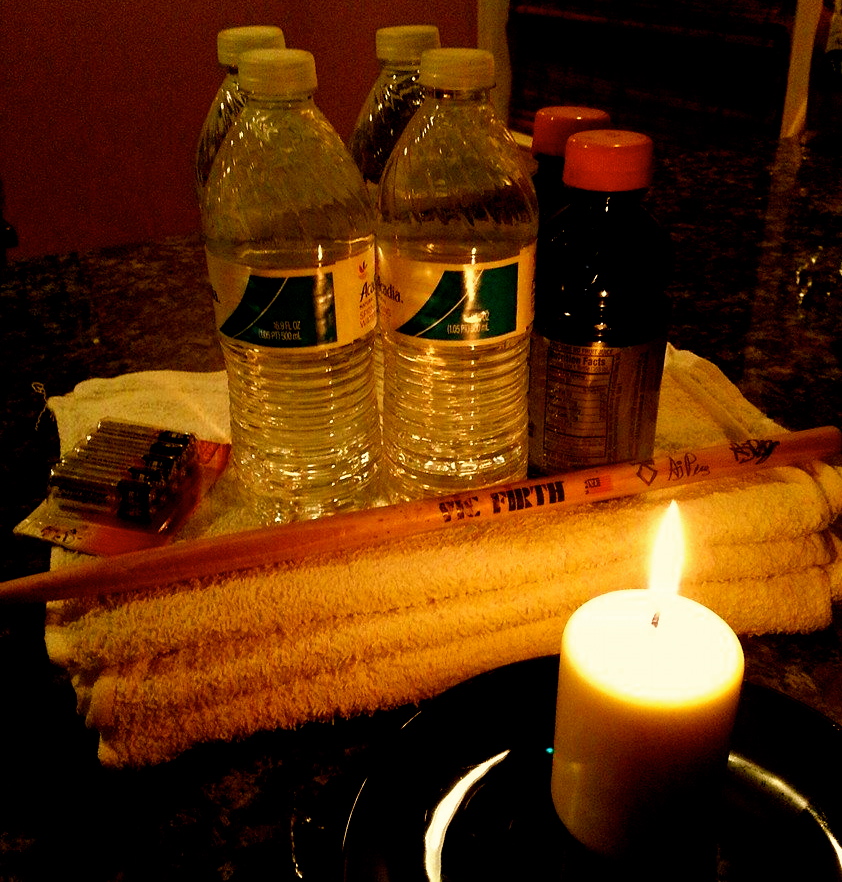 Our deepest condolences to the wonderful Pero family. A.J. leaves behind a wonderful wife and family. His son & daughters’ names were tattooed on his neck–and he loved them above all else. He was so proud of his son- Anthony Pero Jr.-who was also his drum tech these past few tours. I say this so that those of you that think that Rock n’ Roll and core family values don’t go together will know– his family was everything. Our hearts aches for his loved ones, friends, the bands he played with, every single manager and road crew member–past and present–you all know who you are. We love you all dearly–you are our family. SMF friends and fans–know that A.J. loved and appreciated your support–you are a part of the Twisted family, too.

Friends, you must understand that the bond between band members is stronger than blood. These are five men who struggled together, fought angry crowds together, played their hearts out every night, sweat and toiled together and tasted success together. It is a bond unlike anything else. Breakup or not, these guys love each other. And unlike some other artists out there, Twisted always valued their crew and included them into the family. The crew knows that the band looks out for us, and the band can count on the crew to always have their backs. A.J. didn’t just look out for the crew–he often considered himself a part of the crew.

A.J. was a rock star–first and foremost–he was one of the most incredible musicians, and the nickname “Sound of Thunder” was clearly well-earned. No one. NO ONE. Could hit the skins harder, louder or better. The drum is the heartbeat of any band, and in A.J.’s case–he was heartbeat and heart. And yet, he never acted like the typical “rock star.” His “demands” were modest, and he preferred to travel, eat and hang with the road crew. If we had to get up at 5:00 a.m. after being up all night and cram into a small van, A.J. was there too. He could have slept in, but he insisted on coming to soundcheck instead. He would be sore, tired and aching…and he wouldn’t complain. He’d just ask me to get him some aspirin and he would play the next night even harder than the night before! No matter where Twisted played or who Twisted played with, drummer after drummer, artist after artist would come up to him to share with him their admiration for his work. A.J. was more than “just a drummer”–he was a true percussionist. A musician. An artist. Many drummers before him just couldn’t keep up with Twisted–A.J. could do it all. Rhythm just vibrated within him. His feet and fingers would constantly tap while we drove to a show, sat for a meal or were just hanging around in between. Talent like his is rare and treasured.

A.J. and I first connected in 1985. Twisted Sister was on top of the world–they were playing enormous arenas worldwide. One of the local rock magazines ran the story of how A.J.’s father died, and he decided to go on stage and play in his honor, and make sure the fans weren’t disappointed. Being a teenage superfan, I wrote him a letter, expressing my condolences and my admiration for his courage. To my surprise, A.J. took the time and wrote me a long letter back, and we continued this friendship all the way through his time in Cities. He even made sure that I had VIP tickets and backstage passes when TS played D.C. in 1986–I was just a kid! We lost touch soon after Cities disbanded, and it wasn’t until 15 years later that we re-connected after a reunion show. Our friendship picked right back up from where we left off. He told me later–he used to write letters to fans all the time–he was just that kind of guy. The internet and facebook is flooded with images of a smiling A.J.–his arm around fans of all ages–he was never too busy, too tired or too famous to stop and take a photo or sign an autograph.

I want to share with you all something that I have never shared before–this is an excerpt from A.J.’s letter to me–

” I never send any form letters because it is not written by me. I like to relate to my fans on my level. I like to become friends with as many as I can. The fans are what makes me get up each day and play each night.” from August 23, 1985

The part of A.J. that the fans caught only a glimpse of (such as in “The Price” video) was his penchant for jokes. He had a tremendous sense of humor that would ultimately leave us grabbing our stomachs in pain. When I think of him now, I envision all of us laughing, tears rolling down our faces, he would be laughing and crying along with us. The more he loved you, the more he made fun of you. If I was tired, aching and cranky….he would absolutely torment me until I was laughing again. Now, that said, some of the stories are just too funny (and too inappropriate) for even the Road Report. I have so many memories in my mental roladex that it’s hard to pick out just a few.

There’s the time he melted one of the road crew’s designer shoes in the microwave, resulting in said road crew member wearing a shoe made out of duct tape for the duration of the show. Then, of course, the barrage of drum sticks that he would hurl with incredibly accuracy at any of us as we whisked across the stage during a performance. He looked forward to the mic getting knocked over or debris tossed onstage, because as soon as one of us was mid-stage, the inevitable sting of a drumstick was soon to follow. Even more amazing, is that he never missed a single beat. There was Austria, this past year, 2014. A.J. started lobbing items over the dressing room onto the unsuspecting crew below, that launched an all-out assault between the dressing rooms, consisting of fruit, toilet paper, cushions…it was blitzkrieg. (and yes, he actually helped us clean it up, too.)

One of my tasks, at every show, was to make sure he had what he needed “comfort” wise, on the drum riser. 3 Towels, 4 waters, 2 gatorades, 1 extra set of AAA batteries. No frills. He used to rub my head for luck on his way to the riser–and he always–ALWAYS–said to me, “thanks, brother, I appreciate it!” Every….single…show. It was always a pleasure and a honor to work with him, and even when he would tell me to “stop treating him like a rock star,” I would insist, “But you ARE a rock star.” He was also a patriotic biker, a supporter of Police and Fire charitable groups, a skilled martial artist, an actor and a writer–he told us of his movie script he had in progress. Lastly–he was a just a great man. A really big-hearted, funny, (often politically incorrect) generous, talented great man. And he will never be replaced. There may be a time when another drummer sits on his drum stool, but A.J. was one of a kind.

I know that the pain I feel is nothing compared to his bandmates, management and his wonderful family–I know that the pain is shared all over the world. S.M.F. friends are in mourning everywhere. Knowing that one person does not have to carry the grief alone, gives me a sense of comfort. Thank you to all of the fans and S.M.F. friends worldwide for their ongoing support.

Rest in peace, Anthony Jude Pero. We love you, brother. We will miss you everyday.