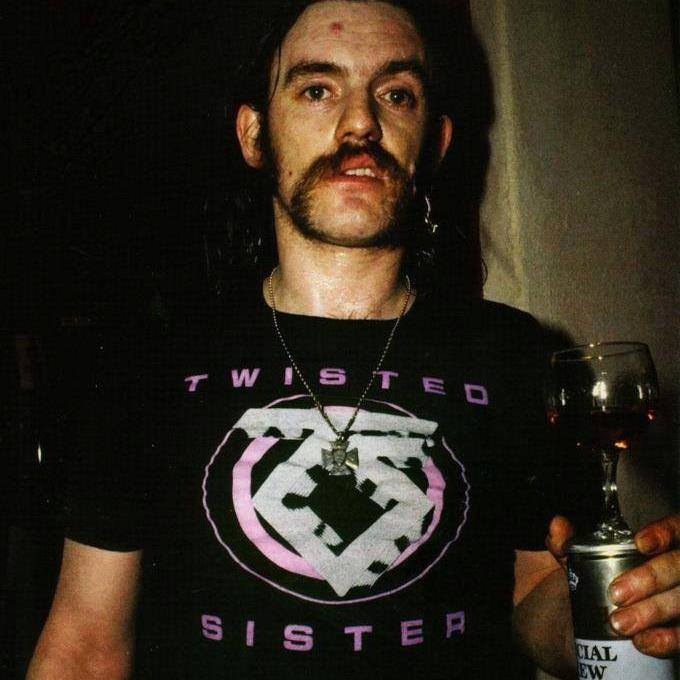 The sudden death of Ian “Lemmy” Kilmister, is hard to accept.

Lemmy was a great friend to Twisted Sister.

Lemmy was selfless and supportive in every way possible.

In 1982, his very public endorsement of us at the Wrexham Festival in Wales made it easier for us to be accepted in the UK metal scene. He alone had the power to validate us and make us “cool”. If that was all there was, it would be enough but there was a lot more.

Over the years Lemmy joined us onstage many times and we stood shoulder to shoulder with him. He was a rock n roll rebel. A true original. He lived the lifestyle and carried the Motorhead name and image to the end. We are proud to have been a part of his life.

The death of AJ in March made us take a long hard look at who we are and what we stood for. Lemmy’s death, to end the year, brings to the us the realization of our mortality.

Both AJ and Lemmy had an extended family. Not just in the in the conventional sense but a real one nonetheless.

AJ had the SMF’s

Fans that are loyal to the core.

Both cherished by millions.

We are among those fans, friends and family.

Lemmy and AJ were musicians to the core. They both gave everything they had, all the time. They both played until they just couldn’t do it anymore.

They both gave their fans everything they had.

We hold the amazing memories and our deepest respect of both Lemmy and AJ close to our hearts at this time.